There’s been so much intrigue and mystery around the activities of famous magicians throughout history. For most really impressive magicians with undeniable skills in their performances, people really do wonder how they achieve those incredible tricks. Questions abound and rumors are many, but real answers are quite few.

Many youngsters try to learn from them, but only a few gain such expertise. Although many magicians today claim to have gotten their skills passed down to them from genuine magicians from the decades (and centuries) ago, so many secrets still remain hidden from non-magicians.

But really, we often wonder how true this is. Do famous magicians from history really reveal their magical secrets to a lucky successor before they die? According to the popular magician in Manchester, Magician 4 All Occasions, the sad truth is that some secrets get buried with the custodians, especially if written records were not made or got lost through the ages.

How did famous magicians learn their craft?

Speaking of the great magicians, illusionists and tricksters of our time, we wonder how they actually learned their craft. People such as Harry Houdini, Criss Angel, Harry Blackstone, Val Valentino, David Blaine, Shin Lim, Milt Larson, Cardini, Doug Henning, amongst others are undeniably skilled.

Even the popular magic show stars of the 20th century like David Copperfield, Lance Burton, Siegfried and Roy, and many others seem to mirror some of those older magicians’ performances. Popular tricks which have transcended many years include:

Despite the obvious skill and experience of these tricks, there is clearly a lot of techniques that must have been taught and learnt before undergoing and displaying such unnatural and mostly risky feats.

The popular and interesting idea is that many of those books containing the secrets have been passed down from one generation to the other, usually from the magician to their close confidants at the point of death.

It is clear, from the common magic performances, that those tricks have been shared from one person to another. It is, however, said that all magicians are forbidden by a code to tell their secrets to non-magicians. Thus, such performances are known only within closed circles.

Magical secrets are getting demystified and common today

We often find many headlines screaming that some incredible magic secret has just been discovered. And of course, magic fans all rush to take a peek at what the ‘mystery’ really is. Well, we really cannot all be Houdinis, Blackstones or Copperfields, yet we still get to learn some of the secrets behind some of these incredible performances by several common means today.

The fact is that many fans would like to imagine that there is really some supernatural elements responsible for the displays. This is an idea mostly promoted by the performers themselves, who put on the whole mysterious aura just to entertain the audience.

Stories are told of secrets, which have no existing written records, being hidden in their hands. And truly, knowing the historical events, it is a fact that written records of such magical activities were frowned at during the 15th century.

Also, many of these records were eventually burned upon the ascension of King James I in 1603, suspending the activities of magicians. It is, however, safe to imagine just how much of these secrets of magical performances might have been lost during the purge. Not only this, the techniques of performing other tricks must have been left in the hands of those who knew them by heart, and thus passed down.

However, as interesting as these historical tales sound, it has been discovered that the performance of many of those untold magical ‘secrets’ were actually sleight-of-hand manipulations and well-practiced illusory tricks.

It is said that they are all basically learned, shared and guarded within associations of magicians who have a craft to protect and make money from. Thus, these tricks we see on TV, or magic shows are hardly from witchcraft secrets but from methodical practice and expertise acquired over time.

Looking back, history has it that more books have been published since the 17th century, which described in detail the techniques of some magical tricks. Many of these books, and newer and similar ones are still available on sale today. And the internet has also done much to demystify many of the said secrets, to the entertainment of fans.

We can, however, conclude by believing that secrets might truly abound, which might have been passed down from one magician to another. But most of such secrets are crafts that magicians get to learn, explore and practice through natural means that don’t defy (but simply manipulate) science and physics.

This is learnt alongside stage expertise and manipulations, while distracting and swaying the audience’s attention, leaving them entertained and in curious amazement.

If you would like more details on magical secrets known today, click on any of the links provided below:

Top Magicians the World Has Ever Seen

Top Magicians of Our Time

10 Secrets Behind the Most Famous Magic Tricks 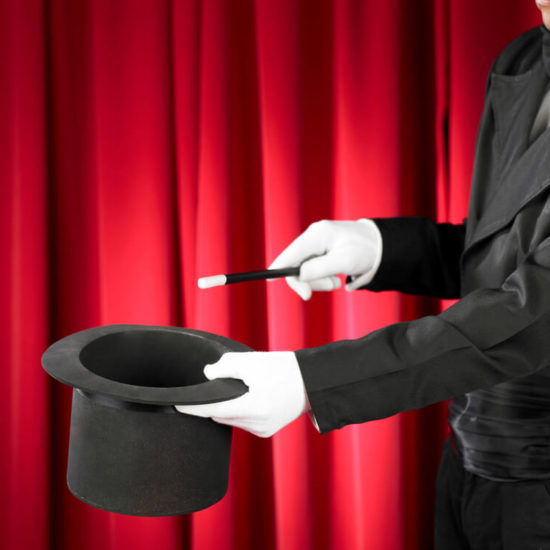 Do Famous Magicians Ever Reveal Their Secrets Before They Die?