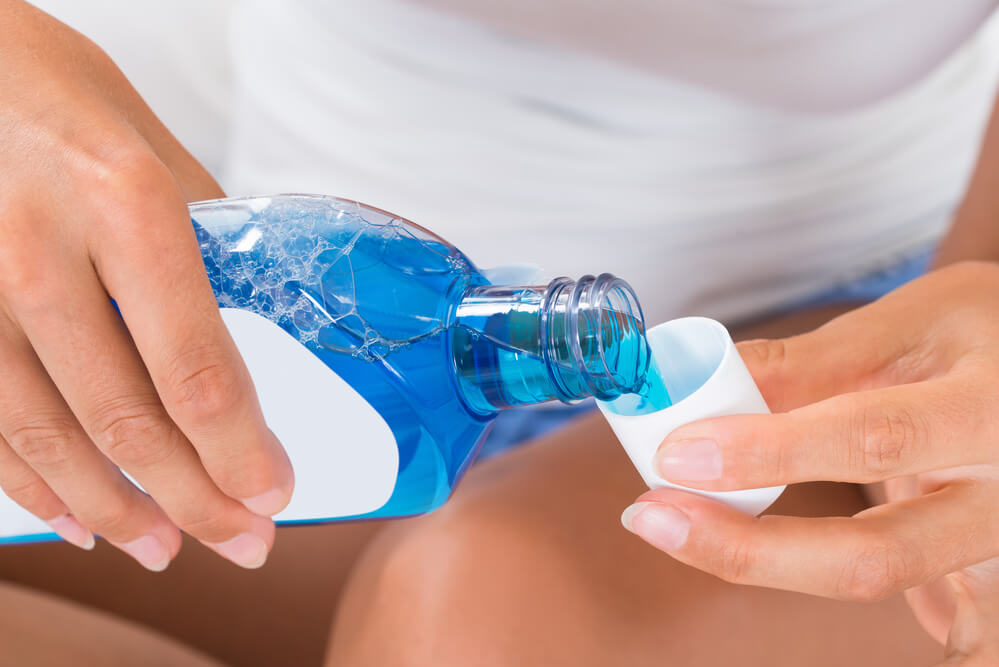 Is Mouthwash Effective for Bad Breath?

Have you ever found yourself in an elevator when somebody you know strikes up a conversation and you’re caught between giving an answer and pretending to be deaf because you’re worried something unpleasant might come out of your mouth, specifically bad breath? Before you take a swig of mouthwash to save yourself from such awkward social interactions, read these recommendations from Gentle Touch Dentistry, a dentist in Palos Hills, to better understand bad breath and mouthwashes.

There are different factors that cause and trigger bad breath; some are easy to fix, while some require much deeper attention. According to the American Dental Association, “Halitosis, or bad breath, most often starts in the mouth.” It is usually a result of poor oral hygiene, such as irregular brushing and flossing. Bad breath can also be caused by dryness in the mouth, as you need your saliva to wash away the food particles processed by your mouth’s own naturally occurring bacteria. Other causes of bad breath include diet, dental caries or tooth decay, plaque buildup, smoking, and other health conditions such as respiratory and digestive illnesses.

Is Mouthwash Effective for Bad Breath?

There is plenty of hoopla about whether mouthwash is actually effective for bad breath, but in fact there is no straight “yes” or “no” answer. According to an article released by the ADA on their oral care website, Mouth Healthy, while mouthwashes can help neutralize or kill bacteria, they are just a temporary solution that works to mask the odor, not to cure the root of it.

How to Choose the Right Mouthwash for You

When in doubt, the best way you can choose the right mouthwash for you is to look for the American Dental Association’s seal of approval. Oral care products are submitted to the ADA for testing and approval before they are released in the market.

Mouthwash may be effective in fighting bad breath, but nothing beats good oral hygiene. Remember to brush, floss and rinse at least three times a day and see your dentist for regular teeth cleaning. In cases of chronic halitosis, it is prescribed to see a dentist to get to the root of it. You may also consider a shift in your lifestyle such as a change in diet, quitting smoking and eating food that stimulates the production of saliva, such as apples and carrots.

How Long After Sealcoating Your Driveway Can You Drive on It?

What Tests Are Recommended for Private Well Water?